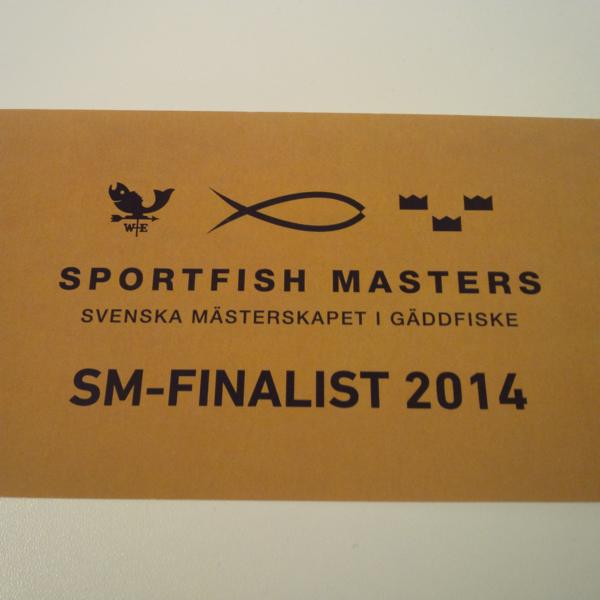 10.05.2014 – day of arrival at Sundbyholm. Björn and Werner have arrived in Sweden one day before to do the warming up at a small lake approx. 60 km away from Sundbyholm. Here they have fished a few hours together with our friends Jonas and Robert from Mojoboats…

the result: 6 pikes and a small pike-perch. 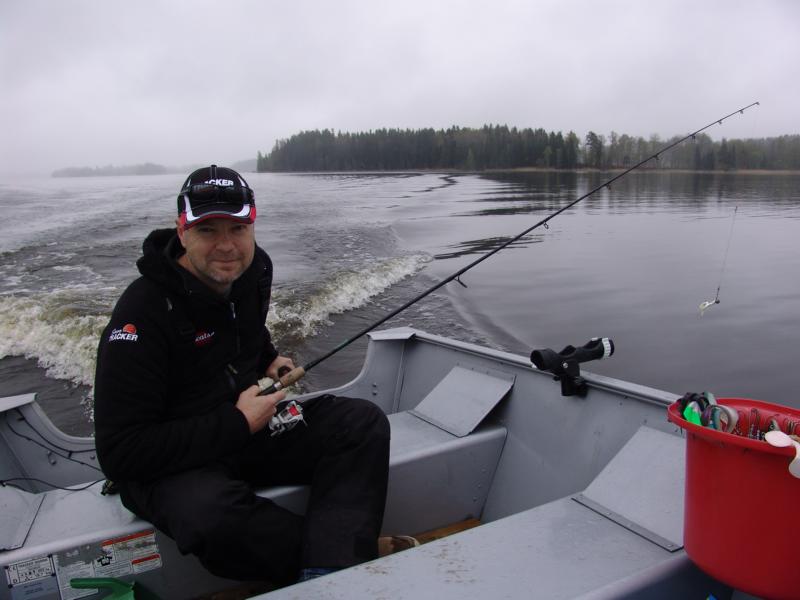 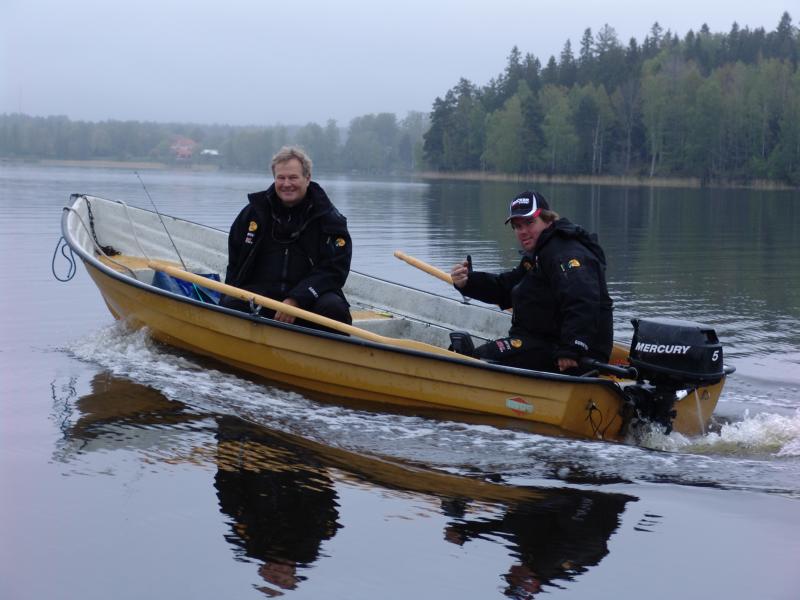 In the afternoon we pick up our Tracker boat which we have borrowed from a nice Swedish guy just for this special event.

Thereafter we meet Fredrik at the castle of Sundbyholm to do the check-in. 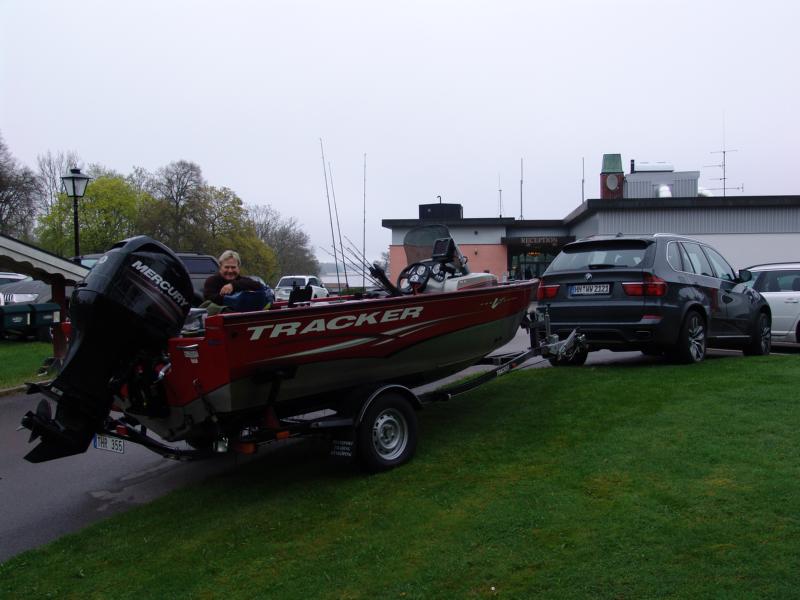 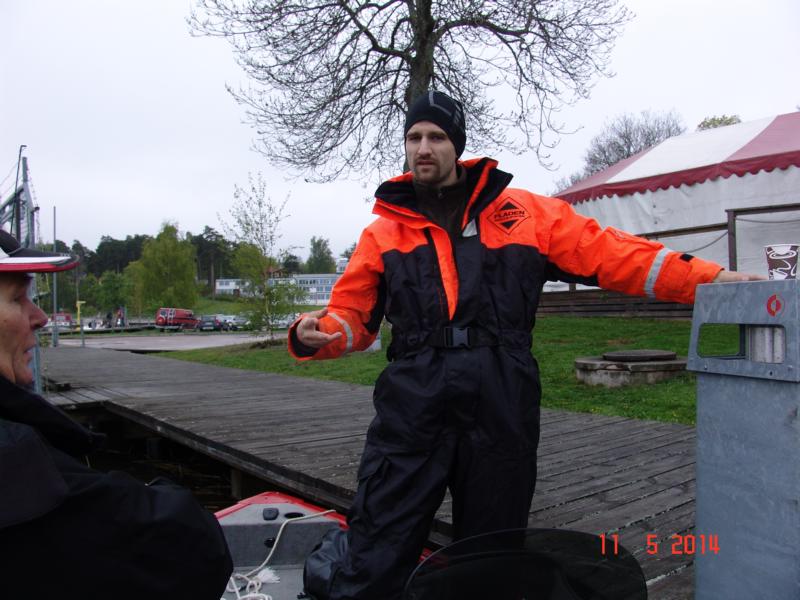 After having a good dinner and a few beers at the restaurant by the harbour… and some more beers at the bar from the castle Werner, Fredrik and Björn meet to study the sea chart as well as to talk about the tactics for the next day.

The target is clear! We shall catch as much big pikes as we can so we will be qualified fort he final.

Contrary to the other competitors we have never fished in this area. We do not know what kind of lures the pikes prefer and on which depth we can find them?

Of course we have been given some good tips from a local guide and our friends but these waters are so big that we will have to focus on some special area. Otherwise we drive too much with the boat and lose valuable fishing time!

The rules are similar the ones that we already know from the ECP (European Pike Competition): 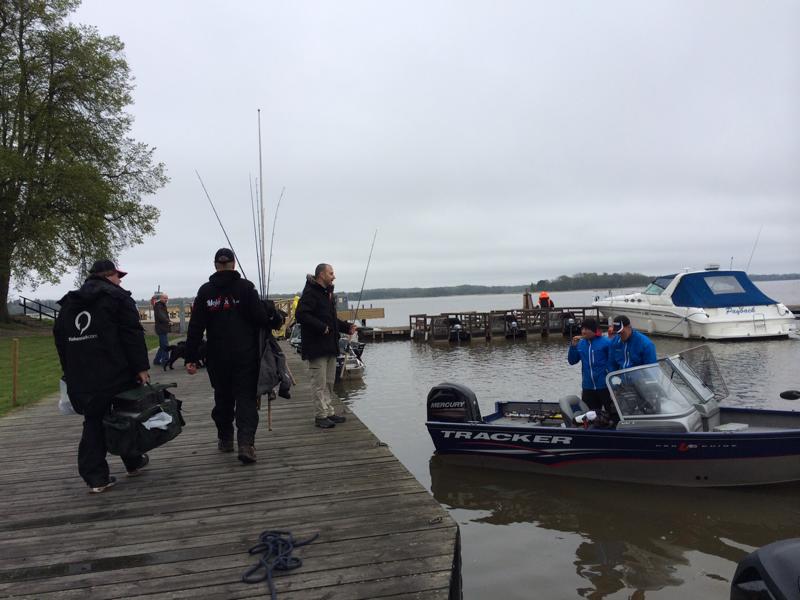 After we have been given our measure board the flag is waved for the start. With about 60 km/h we drive for about 20 minutes north-east. Here we fish in some shallow bays. The water is pretty muddy and the thermometer shows 10 degrease in the water.

Full of tautness we are searching for pikes at the shallow reed and stone fields. After half an hour of fishing time we recognize a big splash behind Fredrik’s big shining shad….. and…the pike has missed the lure…

At this place no more pikes attack our lures and also the next hour we do not catch a shit. Time passes by and the pressure is on us… 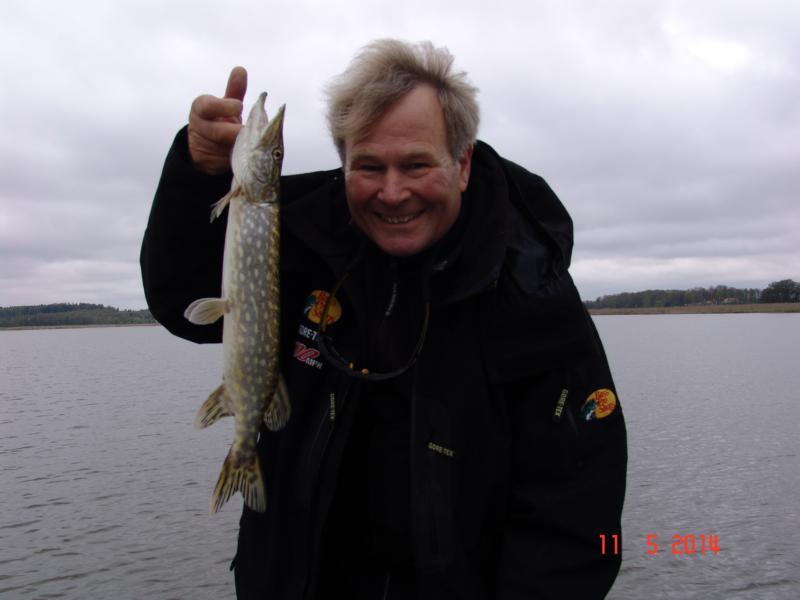 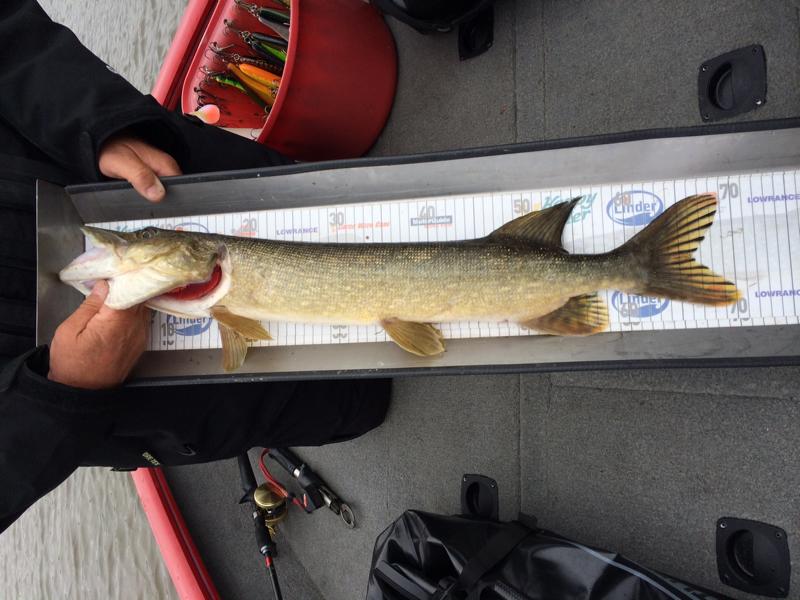 We change the place and drive into a huge shallow bay with a lot of reed and submerged plants. After having changed the lure we catch a small pike which we release immediately. Step by step we are fishing the edge of the reed fields and catch some pikes between 50cm and 75cm. 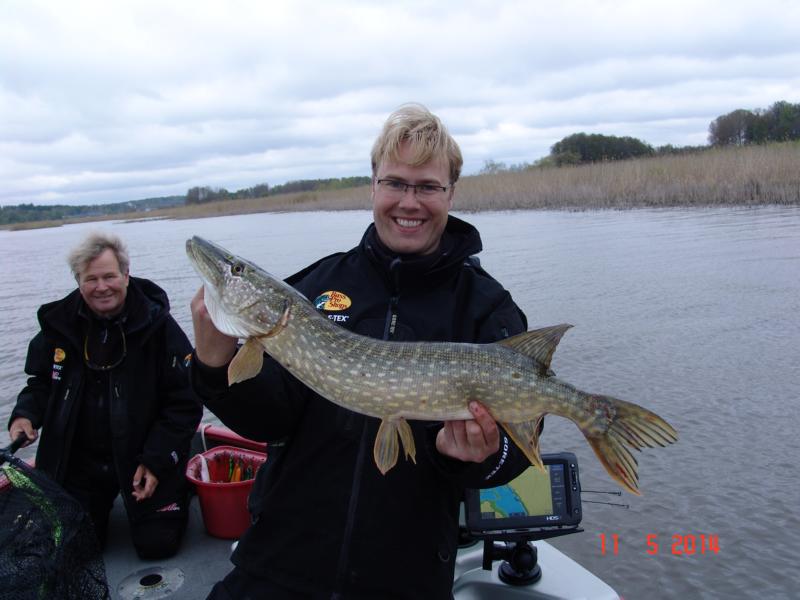 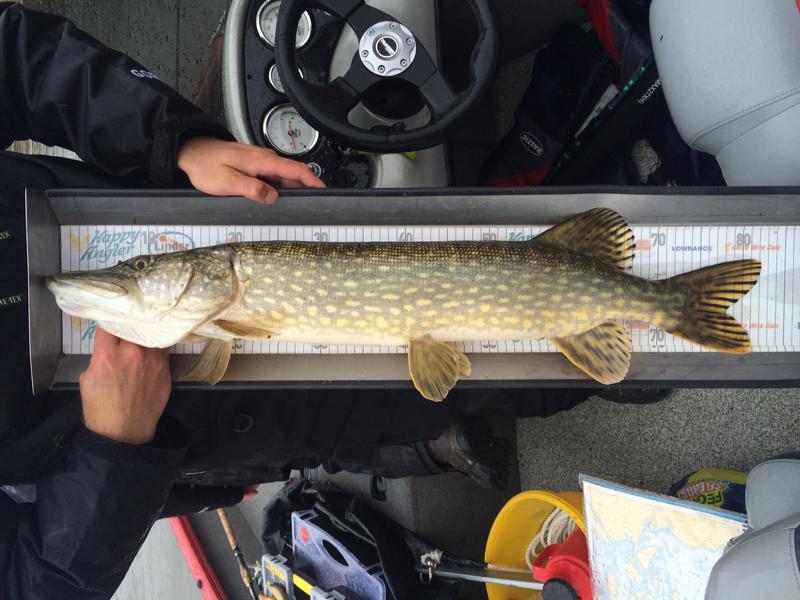 A few moments later Björn catches a good pike of 81cm. The pikes now bite on shining jerkbaits which we offer directly under the surface. Now we have documented 5 pikes and also manage to get a better result but without any bigger pikes we are not able to reach the final.

Therefore about noon we decide to fish at deeper edges. This attempt as well as changing the place again is not crowned with any success.

A little bit frustrated we decide to drive back to the harbour and make a last stop at a nice shallow bay. This bay really smells like pike…. 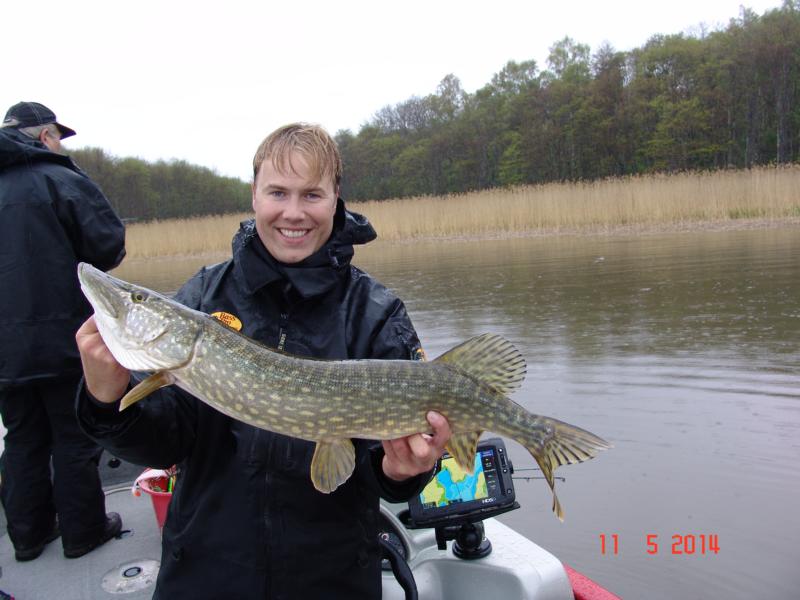 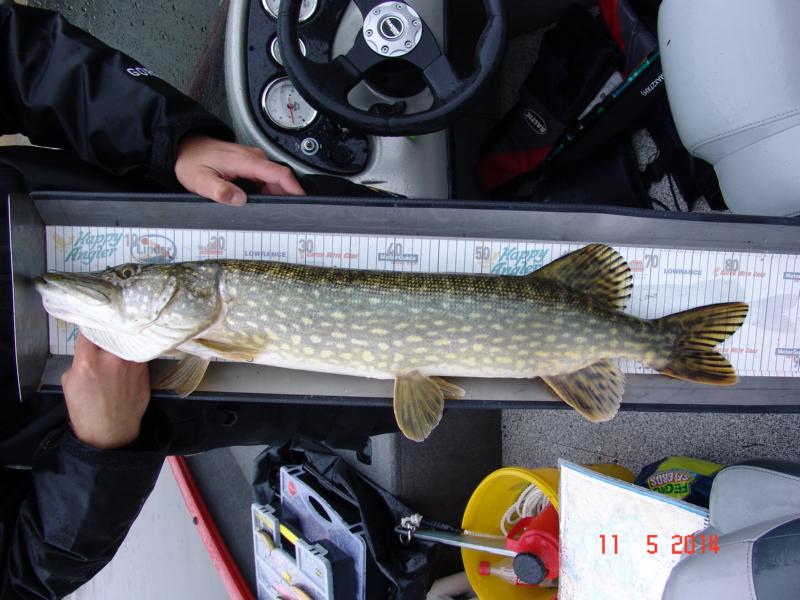 After 10 minutes Björn catches a nice pike over 80 cm and the following casts he has a great strike. The big pike is moving at the surface and the lenght is about 1m for sure… one second later… damn fu… pike gets lost.

We offer shallow running spoons and shads and after a while Fredrik strikes…. a few seconds later… he has lost it…

then we see 2 other bigger pikes attacking his shad… spitting it out again!

Damn it – the time is over and we have to return to the harbour.


Knowing that the first 10 places will be qualified for the final in October we can’t wait for the price giving ceremony to come. 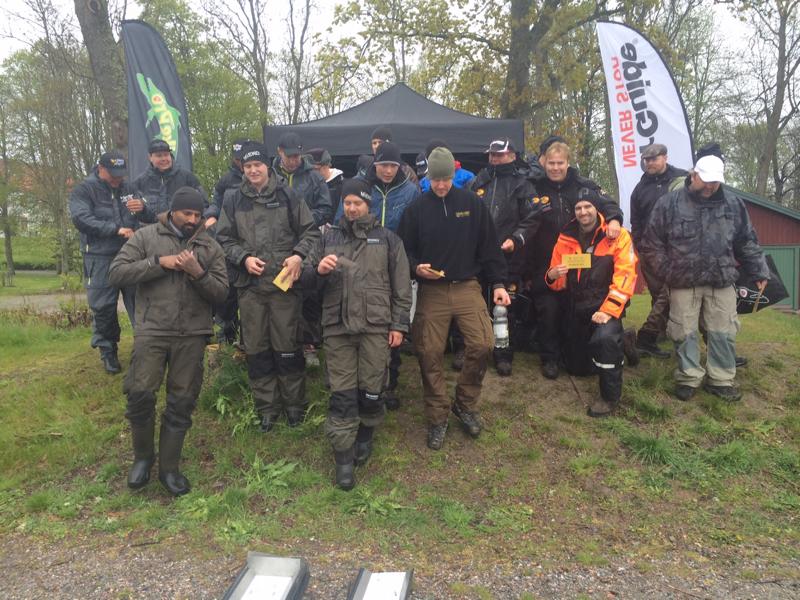