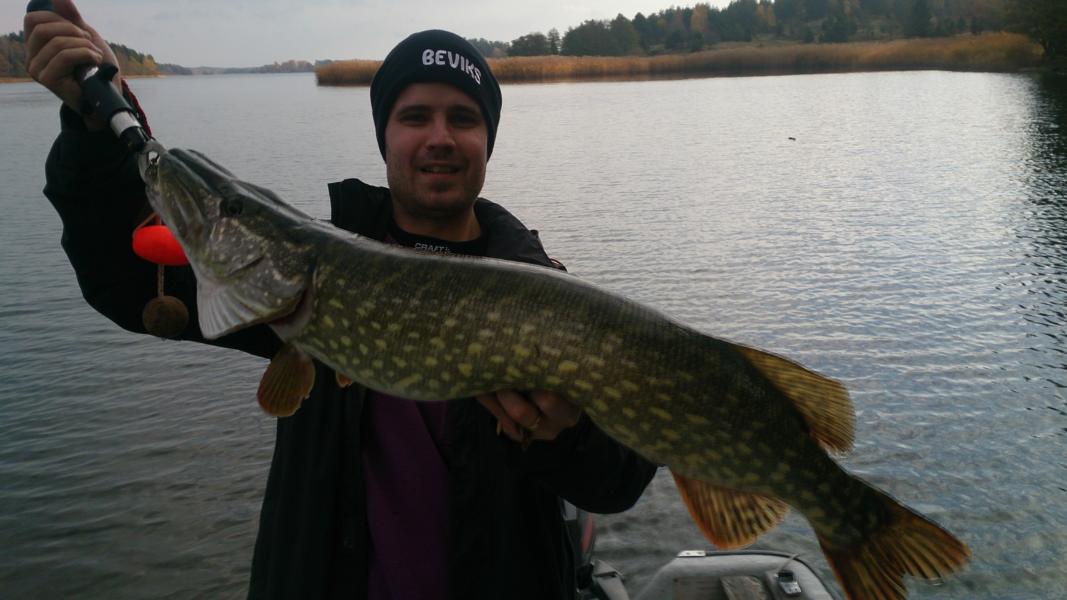 
It was a cloudy autumn weekend with almost no wind when a friend of mine and myself / Johan decided to go pike fishing by boat in Västervik’s Skerry Garden.

After having prepared all of our fishing tackles and studied the map we decided to start on Saturday the 26th of October at the area around our boat place and later going further south into a big bay. A lot of islands, stones and fields of reed are covering these areas. 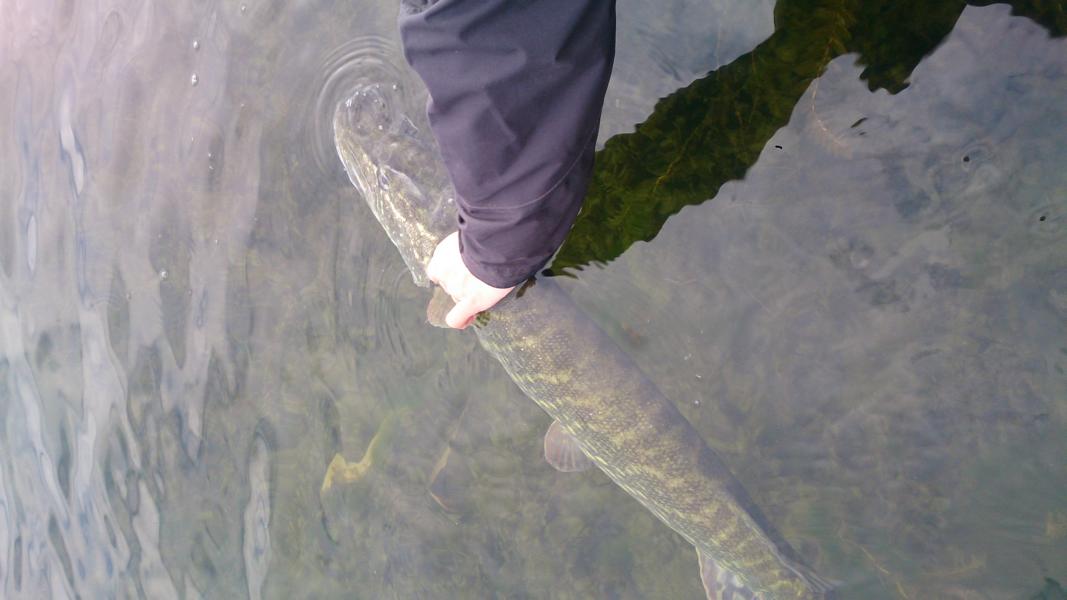 Enjoying the nature we started to fish from 1-3m depth close to the islands and bays around with different methods and lures. Fishing with jerbaits was very succesfull beside attracting the pikes by using spoons and crankbaits. We used bright colours as well as natural colours and it was very important to twitch the baits with energy.

The pikes went crazy this day and as a result we could get up 56 pikes together, the biggest one of 95cm…. What a day!

The next morning we could’t wait to start pike fishing again… That day we decided to go north, fishing on the same depth / shallow fishing/ with the same methods and lures.

We were fishing at rocky spots close to islands with a lot of water plants and we realized that this was the best decision we ever made. The pikes were very aggressive and attacked our lures nearly every second cast. 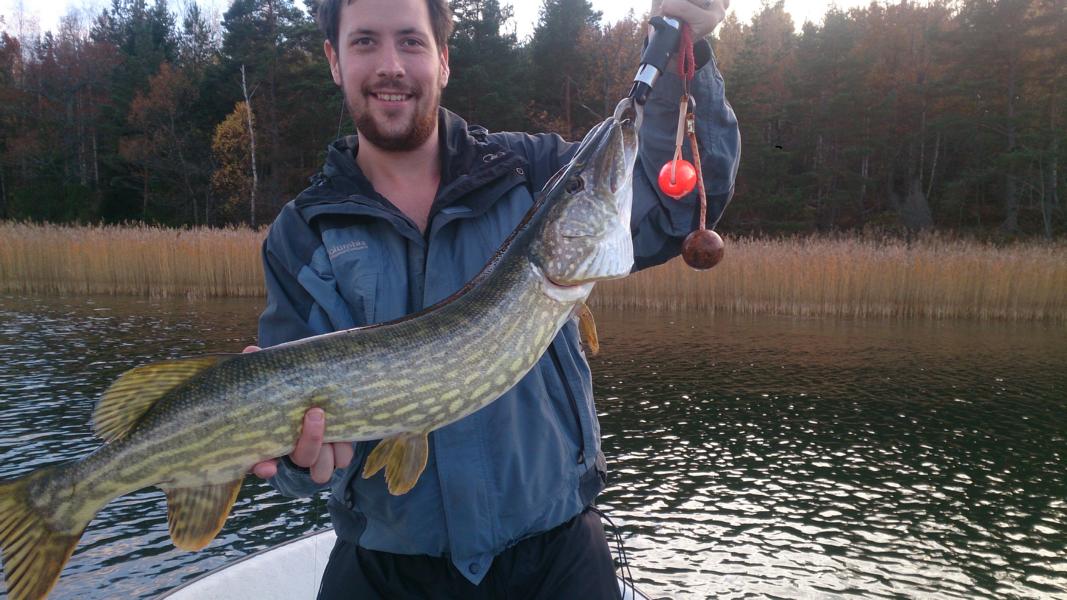 Beside losing a lot of pikes close to the boat we could get up 63 pikes and we could not believe that this days was even better than the day before….

The fishing was unbelievable good and additionally we caught a lot of fat pikes between 80-85cm…What a good fishing! Crazy good!