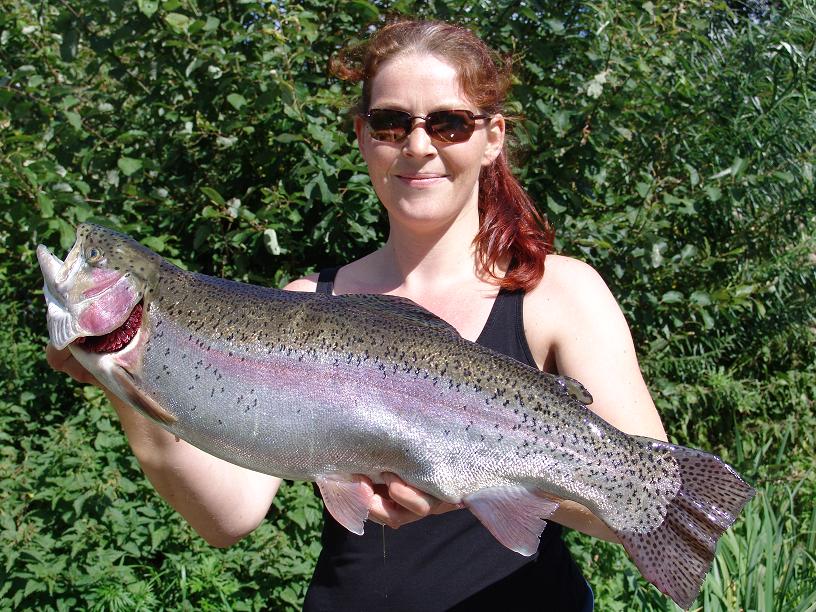 Once upon a time on a day in September 2010 three brave guys went out in the early fog to catch big fish on a trout lake at the “Wester-Ohrstedt – Province. The maid/ myself/ slept longer and prepared late breakfast for the hunters. At this time not only the three guys were unseccessfully also all the other guys around no matter what lures and what technique they were using!
Around lunchtime also the maid appears at the lake and tried a few casts. After having cast her favourate spinnerbait approx. 10 times… STRIKE…. and a big rainbow of 4.3Kg was landed. A few seconds later a lot of fishermen came around to watch the catch and to see what kind of lure and technique she was using.
After a few minutes a lot of floats and spinnerbaits were cast to the same place I was fishing… very annoying….so I left the lake with a big smile on my face and a lot of jealous looks were following…..